Back to news articles

Interesting things happen every day and some of those interesting things become part of history. Our history books (or digital equivalents) tell us that 15 June 1215, is the date that the Magna Carta was signed, on the same day in 1921 Bessie Coleman became the first female pilot of African-American descent. And on 15 June 1752, Benjamin Franklin experimented by flying a kite during a thunderstorm. The result was a little spark that showed the relationship between lightning and electricity. All fascinating facts and all have their place in history, but what do these things have in common with PAF?  Probably not a lot, apart from the date, that on the 15 June 2017, the Royal Mail Postcode Address File (PAF) reached 30 million residential and business delivery points.  Whilst this fact might not make the history books or your app, it is still an interesting fact especially, for those of us that like address data! 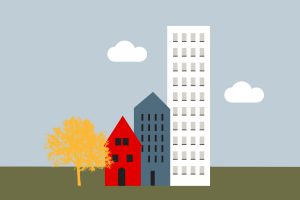 So as a reminder, or a bit of fascinating info for first time visitors to our site, here is a little lesson in the history of the postcode. 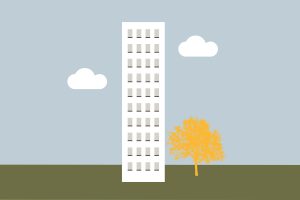 The evolution of PAF has happened over a number of years. It was originally created to help speed up the routing and delivery of mail. Now it has become an integral part of our everyday lives, helping us with directions, buying items online and even used to confirm our identity over the phone.

Just like the discovery of the first spark of electricity has gone on to light up our world, the postcode has helped revolutionise our society. Not perhaps as radically as electricity, but still a significant development.  Perhaps PAF is just like other great achievements and inventions after all?  It has helped and will continue to help us all, address and connect now and in the future.

The History of UK Postcodes

The Introduction of Postal Codes As far back as the early 19th century, people were using post towns and county names to help their mail reach its intended recipients. Yet … read more

A Postcode Address File might sound like it has a ring-fenced application: it’s a file, and it’s for finding postcodes.  You call it up, you type in an address, and … read more

We use cookies on our website to give you the most relevant experience by remembering your preferences and repeat visits. By clicking “Accept”, you consent to the use of ALL the cookies. However you may visit Cookie Settings to provide a controlled consent.
Cookie settingsREJECTACCEPT
Manage consent

This website uses cookies to improve your experience while you navigate through the website. Out of these cookies, the cookies that are categorized as necessary are stored on your browser as they are essential for the working of basic functionalities of the website. We also use third-party cookies that help us analyze and understand how you use this website. These cookies will be stored in your browser only with your consent. You also have the option to opt-out of these cookies. But opting out of some of these cookies may have an effect on your browsing experience.
Necessary Always Enabled
Necessary cookies are absolutely essential for the website to function properly. These cookies ensure basic functionalities and security features of the website, anonymously.
Functional
Functional cookies help to perform certain functionalities like sharing the content of the website on social media platforms, collect feedbacks, and other third-party features.
Performance
Performance cookies are used to understand and analyze the key performance indexes of the website which helps in delivering a better user experience for the visitors.
Analytics
Analytical cookies are used to understand how visitors interact with the website. These cookies help provide information on metrics the number of visitors, bounce rate, traffic source, etc.
Advertisement
Advertisement cookies are used to provide visitors with relevant ads and marketing campaigns. These cookies track visitors across websites and collect information to provide customized ads.
Others
Other uncategorized cookies are those that are being analyzed and have not been classified into a category as yet.
Non Necessary
Any cookies that may not be particularly necessary for the website to function and is used specifically to collect user personal data via analytics, ads, other embedded contents are termed as non-necessary cookies. It is mandatory to procure user consent prior to running these cookies on your website.
Uncategorized
Undefined cookies are those that are being analyzed and have not been classified into a category as yet.
Save & Accept